This is what I spend much of my free time doing (taking quizzes on buzzfeed). Yes, I know, I have a problem. They're so much fun, though! And surprisingly accurate! (The only one I disagree with is Rachel; I love Rachel, but I'm totally Monica). 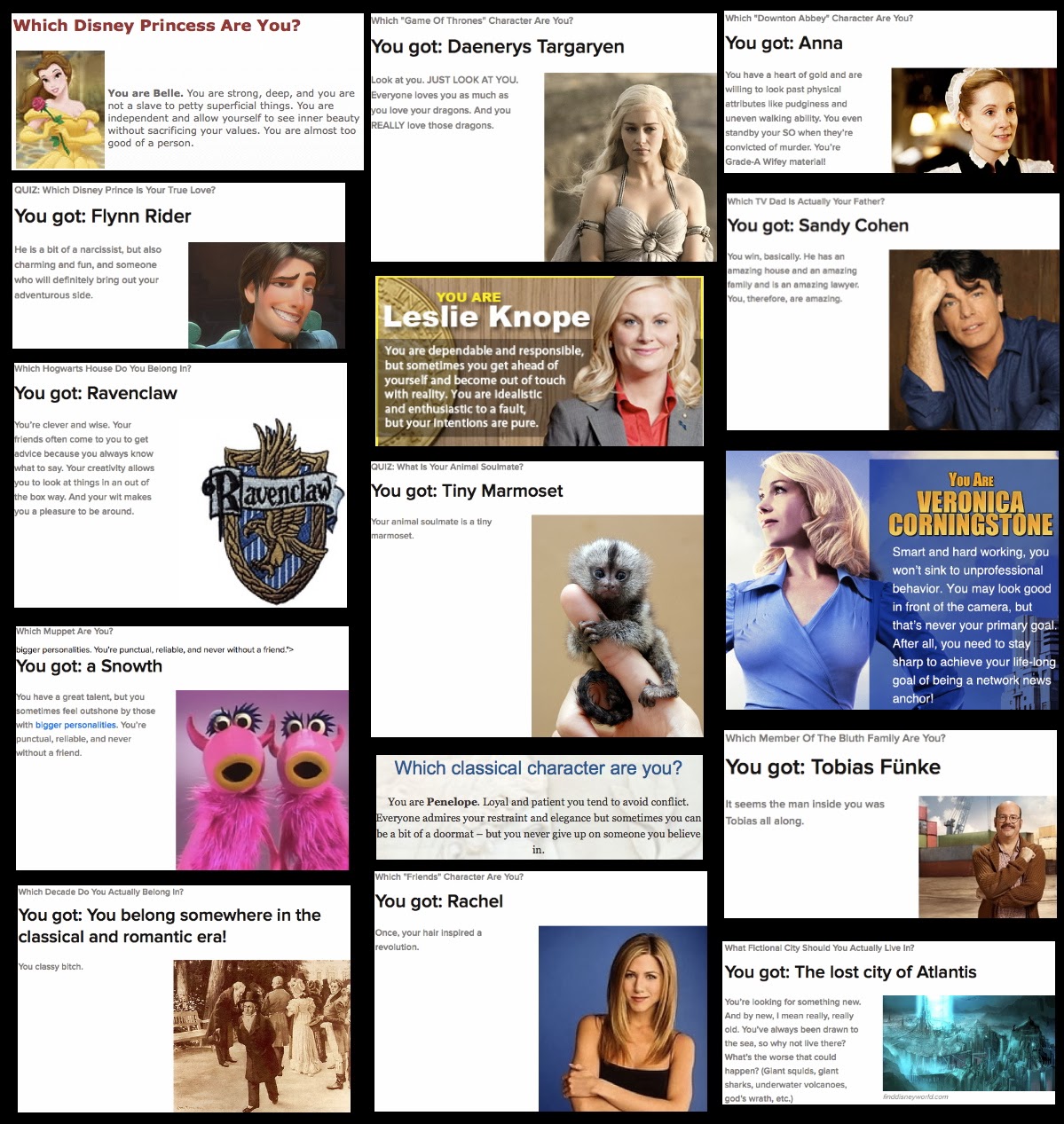 Posted by Claire at 3:05 PM No comments:

Not much to say about the Golden Globes. This basically sums it up for me. I was super happy about a lot of things, actually; it was a pretty awesome awards show. I mean, a bit between two of my favorite people in the world (Amy Poehler and Bono), followed by Amy (finally) winning? Amy as Randy, Tina Fey's adult son? Wins for Breaking Bad, Dallas Buyers Club, 12 Years a Slave, American Hustle, Spike Jonze, Alfonso Cuaron?  Uh-mazing. I'm bummed Tatiana Maslany didn't win for Orphan Black, but overall, I'm thrilled.

Just the Tina and Amy Parts from the 2014 Golden Globes from Flavorwire on Vimeo.
Posted by Claire at 5:13 PM No comments:

Parks and Rec celebrates it's 100th episode on Thursday. You should watch it, along with this retrospective:

The Golden Globes are on Sunday. I think I've seen most of the major nominees. Here's what I'm hoping to see:

Movies:
I know these awards really mean nothing, so I'm mostly looking forward to a fun night full of laughs and good food (Nic and I always watch awards shows together and make enough food for a whole lotta people).
Posted by Claire at 5:50 PM No comments: