Oh, Ryan Adams, you kill me. No one does heartbreak like Ryan Adams. This is one of my favorite songs of his (nothing can beat "Come Pick Me Up," though; maybe I'll share that one soon). The version posted above is from the Black Clouds session (live in Tilburg, 12/1/02). I like it better than the studio version; it's quieter and sadder.

I flip through magazines like that (from back to front). I think it's a left-handed thing; it's easier to turn the pages that way.

I dragged my family to see Ryan Adams of the 4th of July in 2003. He played the Battery Park concert that year.

This is a show weekend for me. Yesterday it was Gruesome Playground Injuries, which I really enjoyed. Pablo Schreiber and Jennifer Carpenter are in it, and I thought their performances were great. I always love seeing Pablo Schreiber on stage.

Today I'm seeing Chicago on Broadway. They're having a Fan Day, and the whole audience will be made up of people who are receiving free tickets from a facebook promotion thing. It's pretty cool.

Tonight is the SAG Awards, which I'm excited about. Maybe I'll post a reaction tomorrow.
Posted by Claire at 9:32 AM 2 comments:

"When the winter winds grow colder, some drive down to Daytona, some jet off to L.A. It says a lot about one where you choose to spend the cold months; do you go, or do you stay?" ~the last town chorus

I saw her play this song live, which is rare (she doesn't play it in concert much). It was pretty great. I did record it, so I'll share that version as well, even though the background noise is a bit annoying.

The city has had a total of about 55 inches of snow this winter, which is ridiculous. It snows approximately every five days. We had our first snow day today; it's about time. We got dumped with about 19 inches last night and this morning, and I finally got to stay home. I actually went out exploring, though. I went to Central Park and then I walked to Target to do some shopping. It took me close to an hour to walk there (and the same amount of time to walk back), but I loved being out in the city. I have photos here.

I feel like it's time for me to weigh in on the Oscar nominees (announced earlier this week). First of all, let me say that I think this is the strongest year for movies in a long, long time. All of the best picture nominees are amazing. There were some fabulous performances this year, and I can't wait to see what happens at the Oscars. I'm only posting thoughts on the major categories right now.

I'm proud to say I've seen all the nominees in this category and I love them all. This year's crop of Best Picture nominees makes me really glad they expanded the category to ten nominees. It allowed some smaller (but fabulous) films to be recognized, when in years past they wouldn't have been. Winter's Bone was incredibly well done, and I don't think a lot of people saw it, but it deserves to be recognized. The Kids Are All Right is another indie movie that I loved. An animated movie finally managed to sneak into this category, and Toy Story 3 completely deserved this nomination. I really did love all of these movies; there's not one I can say shouldn't be there. I still think The Social Network is the movie to beat.

Actor in a Leading Role

I wish Ryan Gosling (Blue Valentine) and Mark Wahlberg (The Fighter) could have been nominated. I haven't seen Biutiful so in all fairness I can't really say I wish one of them had taken Bardem's spot, but I wish it anyway. I did love the other four nominated performances and wouldn't replace any of them. I think and hope Colin Firth will win.


Actor in a Supporting Role

I am SO happy John Hawkes was nominated. His performance was wonderful, and I feel like that's a surprise nomination. I know people are saying Andrew Garfield (The Social Network) was snubbed, and I did love his performance, but I'm glad Hawkes was nominated instead. Anyway, Christian Bale is winning this without a doubt. This is the easiest race to call.


Actress in a Leading Role

I'm really, really happy Jennifer Lawrence was nominated (can you tell I'm a big fan of Winter's Bone?). If I could change anything I would replace Nicole Kidman with Julianne Moore (The Kids Are All Right). Right now the race is between Annette Bening and Natalie Portman, and I loved both, but I'm pulling for Bening (although I give the edge to Portman).


Actress in a Supporting Role

I still don't see how Hailee Steinfeld can be considered in this category. Her role was a leading role without a doubt. Anyway, I'm glad she was nominated, even if it was in the wrong category. She's the heart of True Grit. I can't believe Mila Kunis (Black Swan) wasn't nominated. I think Melissa Leo will win, which is fine with me. I loved her in Frozen River (I was so glad when she was nominated for that), and I loved her this year in The Fighter.

I don't see why Tangled and Despicable Me weren't nominated. Anyway, there's no doubt that Toy Story 3 is winning this (and rightfully so).

I did a happy dance when I saw the nominees in this category. Seriously, this category made my day. Waiting for Superman was not nominated. Hallelujah! I can't tell you how glad I am about that. I don't care who wins, I only care that one of my least favorite movies ever will not win.

What will make the Oscars even more fun this year is the hosts. I mean, c'mon, how can you not be excited about seeing these two in charge?

Posted by Claire at 4:26 PM No comments:

I started this post, like, months ago. It's another Chuck song. They keep using the best music on this show. Last night they used The National again ("Vanderlylle Crybaby Geeks"). Over the past four years they've used The National a lot (Josh Schwartz even named his production company after a song by The National, so it's not surprising). So prepare for more Chuck songs to be posted here.

I was lucky enough to attend a free Matt Pond PA concert in the cafe of my college about five years ago. I didn't get there early but still ended up dead center in the front row, leaning on the stage. Not many people knew who they were back then. I knew "Champagne Supernova" and "New Hampshire" and that was about it, but seeing them live (in such a small space) definitely made me want to hear more. 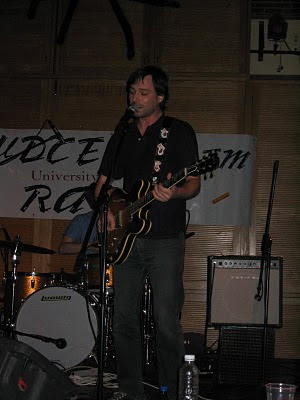 Speaking of Chuck, how good is it getting?? Next week is going to be awesome. I know, every week is awesome. But the final ten minutes are supposed to be "the best ten minutes ever" according to the creators. Which has me pretty hyped up. And by the way, I love what the Awesomes are naming their baby. Mostly because it's just about as close to my name as you can get without actually being my name.

I haven't written in awhile. What do I have to talk about? I think I've missed some plays and movies that I've seen recently. Did I write about the current Broadway production of The Importance of Being Earnest? Brilliant.

Did I write about my weekend with Kim visiting? Tiring but fun. 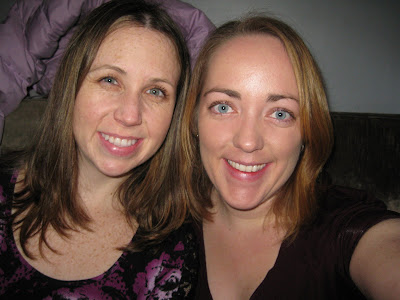 There's also movie stuff to write about, like The Golden Globes. Maybe I'll put that stuff into a pre-Oscars movie post.

The movie I saw most recently (well, aside from No Strings Attached, which I won't count because it's pretty bad and I don't know what Natalie Portman was thinking) is The Company Men. It's good. First of all, it stars four very talented Oscar-winning men (Ben Affleck, Tommy Lee Jones, Kevin Costner, and Chris Cooper). I'm also a big fan of the actresses (Maria Bello and Rosemarie DeWitt). It's relevant and thoughtful and I liked it.


Another random comment: I hate winter. Seriously. It's almost enough to make me move somewhere warm. It's been absolutely freezing here (like it hasn't gone above 20 degrees), we've had snow but haven't missed school, we had no heat in school today...it's ridiculous. I am making fabulous use of the Bogs I got for Christmas. I love them. I wear them nearly every day and they actually keep my feet warm (and my pants dry). But I really wish I didn't need them.

That's all I have time for now. There's a movie post to come, along with some play reviews for plays that I'm seeing soon (most notably one with one of my absolute favorite actors, Alan Rickman).
Posted by Claire at 1:00 AM No comments:

Back to Chuck songs, because I still have some left.

They played this song at the Radio City Music Hall concert I went to in September and I was so, so excited I can't even tell you. I filmed it. And tried not to sing along too loudly. Hearing it live was wonderful.

Tonight I went to see Blue Valentine, which is lovely and heartbreaking. Ryan Gosling gives a fabulous performance (I really, really loved him in it), and I foresee Oscar nominations for both him and Michelle Williams (who is equally as amazing). I love the film's gritty realism. Go see it if you want to be sad. In a good way.

Times Square was still raining confetti this morning. It was pretty cool.

I went to see Women on the Verge of a Nervous Breakdown on Broadway today, and I'm so, so glad I did (it closes tomorrow, so I made it just in time). Is it flawed? Most definitely. But it's also a whole lot of fun. First of all, I couldn't have created a better dream cast myself. Patti LuPone? Brian Stokes Mitchell? Sherie Rene Scott? Laura Benanti? Danny Burstein? Really, how on earth did they get all those amazing actors on the same stage? I didn't even mind Justin Guarini. Laura Benanti is easily the stand-out. She's absolutely hilarious. Starting at 4:35 in the video preview below you'll see one of her best moments.


A few days ago I went to the movies to see Somewhere. I've been looking forward to it for awhile and I wasn't disappointed. Not a lot happens (I guess you could call it a slice-of-life movie), but I don't think that's always a bad thing. It gives you space to breathe and think. Elle Fanning is as charming as always (when did she get so tall?), as is Stephen Dorff (even though his character is far from perfect). I like Sofia Coppola, and this is classic Sofia Coppola. Which is fine by me.

By the way, the first time you see Elle (Cleo) in the trailer, she's wearing a shirt that I have. Which made me weirdly happy.
Posted by Claire at 5:11 PM No comments: